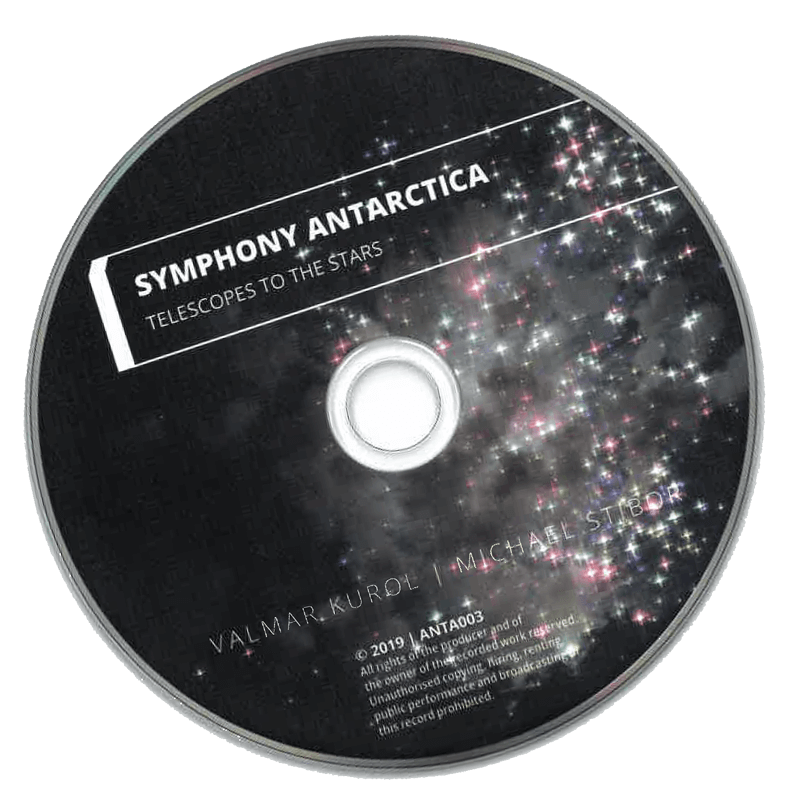 The music on this album continues a 25-year interest in Antarctica that began with my first visit in 1993 as a tourist and continued through four more trips to the Antarctic Peninsula, the Ross Sea area and along the coast of Western Antarctica. While it may be easier to develop music for particular locations or events, much of the music on this album is based on broader themes related to the continent. The three movements include 1) musical interpretations of Antarctica’s seasons in The Seasons, 2) the exploration of outer space from the South Pole in Telescopes to the Stars and 3) a portrayal of the unseen under-ice Lake Vostok, and of the lava lake inside Mt. Erebus, Antarctica’s active volcano in Icescapes and Landscapes.

This project would not have been possible without the compositional and keyboard wizardry of my musical collaborator, Michael Stibor – thank you, Mike.

This album represents a year and a half’s worth of dedication, hard work, and musical collaboration with Valmar. Our goal was to write music that would not only provide the listener with a sense of time and place, but at the same time to tell musical stories that would transport the listener to faraway places not easily, or often, reached. I am extremely pleased and honoured to share this music with you.